Thor has crossed 'The rainbow bridge' he was the oldest Borzoi at Endevor, turned twelve last October 07, he was lucky to make this great age at all. He was a very sick dog shortly after we lost his father 'White Hunter' and had since that time remained on constant medication, for heart and thyroid conditions, but still enjoyed his daily gallop, his variety of girlfriends and plenty to eat until early summer 08. At this time his grand age caught up with him and he quickly turned into an old man, he lost weight gradually but constantly and after battling a serious infection became weak losing ground rapidly.

Never a natural performer, however, he had done us proud in the showring, even since, his illness was diagnosed.

Although Thor had many times, taken Best Veteran in Show at Open show level. One of my proudest achievements with him, has been to take both Best Puppy in Show when he was just over 6 months and then Best Veteran in Show with the same Show Society some 7 years later. Sadly Best in Show, although he once made the cut,  with this same Society; Hastings, St.Leonards & Dist. S.S, just eluded him which is not so suprising, as a show not judged on the group system.

Thor's sister Chloe turned twelve years of age,  jointly owned, living in Essex has crossed the bridge, just before Christmas 07. She was a beautiful Borzoi with a wonderful character, very like her dear father, she will be greatly missed. It just goes to show that not all the best ones have to be great show winners and I like to think there back with their wonderful father now waiting for me to walk with them again one day. 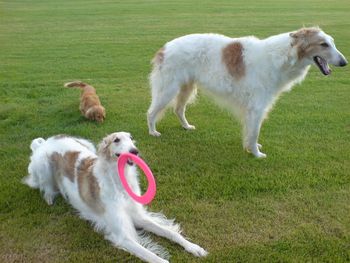 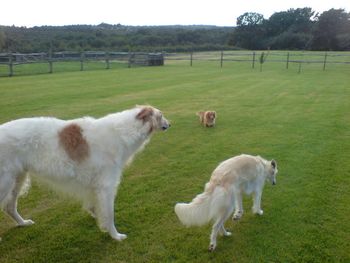 nothing and then a 3rd comes along! 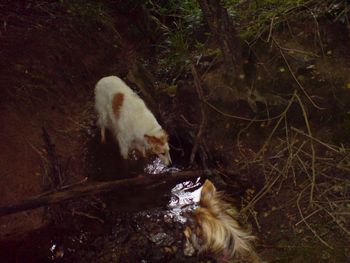 Thor having always favoured 'swamp hound' type takes a dip whenever a chance presents itself, Cessie is not tempted even if the waters warm! 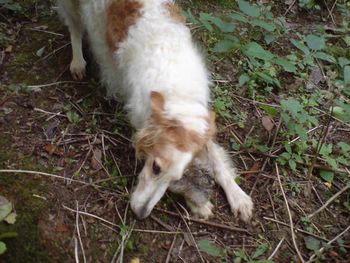 Nearly 12 years of age, Thor still likes a bit of bunny before breakfast. This one was very well matured, however! 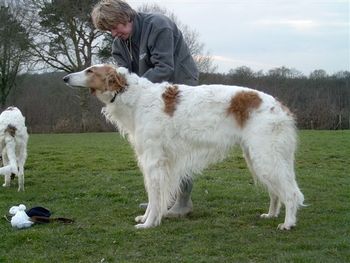 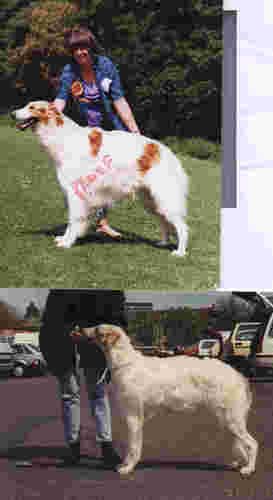 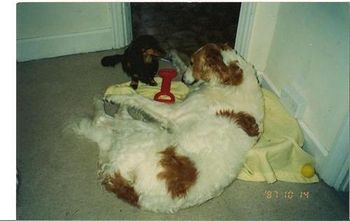 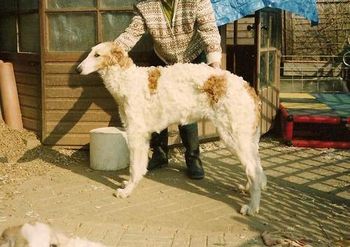 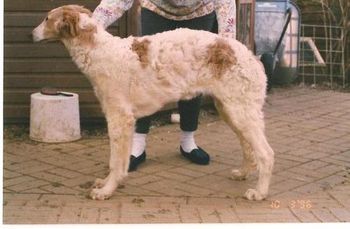 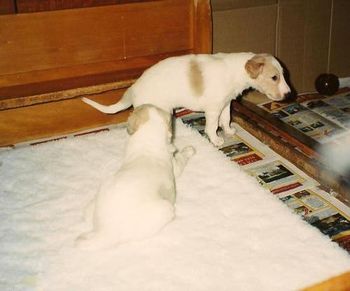