Kili probably needs little introduction. I was fortunate indeed, to be allowed to have him, I think I needed him as much as he needed me! There is not much more I could ask of a dog, in the showring he quite simply, does his best, I've hardly ever known him, not to give his all, if he doesn't there's a reason.

Sometimes described as 'an accident waiting to happen', usually at home - he's had his share! the most infuriating being the day before Crufts 05, he missed Crufts 05 and it took nearly 6 months of recovery time. Even so, he managed a comeback gaining 2DCC's, 1 RDCC in 05, and for the second time on his 3rd visit Crufts 06) took the RDCC  (judge Rose-Marie Downes). The first having been Crufts 04 (judge Mrs Brenda Stears - USA). At his only other show performance in 2006 rewarded us with his 8th CC and BOB.

In 2006 Kili attended just 2 shows; Crufts where he was awarded the RDCC (Judge - Rose-Marie Downes) and Southern Counties Championship Show where he was awarded by Mark Cocozza (his first time allocating CC's in Borzoi)  Dog CC and Best of Breed.
In 2007 Kili competed at just one show Crufts to win the Veteran Dog Class, I had decided that this would probably be his last competition as I felt that the strain of travelling was too taxing on his well-being at this age, he'd never been an over enthusiastic car dog, but it was hard to tell if it was car-sickness or just over-excitement he was feeling, as he was always much calmer and relaxed on the homeward journeys. 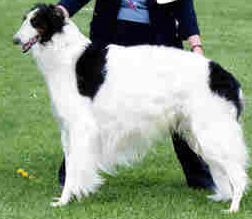 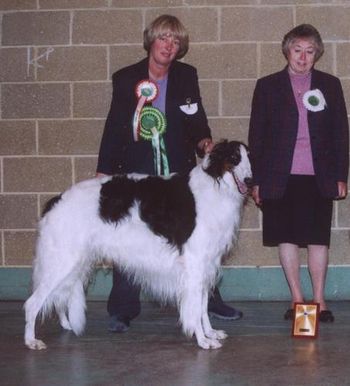 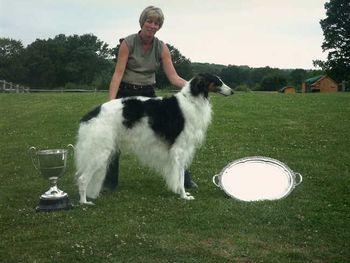 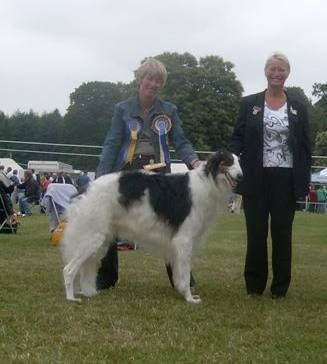 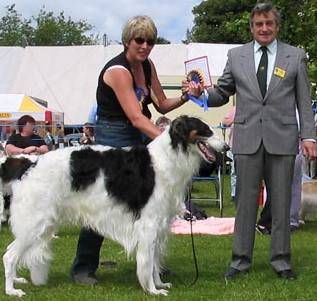 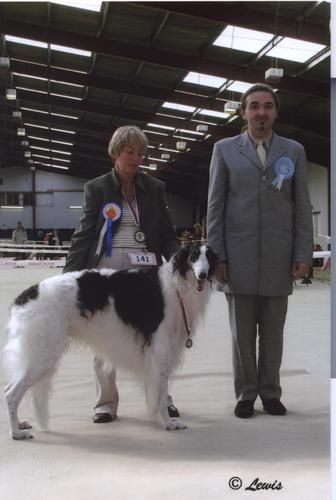 Share photo gallery
At ten years and three months of age he has left us, it was frightingly sudden, he was in such discomfort and pain, the decision to relieve him from suffering had to be swiftly made, he was a stunningly beautiful devoted Borzoi companion to the end, never looking his age, even then.